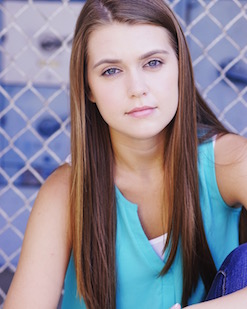 Jacqueline Labadie grew up directing and performing plays with her twin sister, , for family members at holiday parties which sparked her interest to begin auditioning and booking roles in community theater productions throughout middle school and high school.

In 2013, Jacqueline got her start in the entertainment industry by modeling for designers such as Vera Bradley, Stahls ID, and Derby Hats By Rachelle appearing in web ads, print ads, and magazines.

In February 2015 she and Elizabeth booked co-staring roles in the Nickelodeon Pilot “Future Shock."

Jacqueline later booked a staring role as “Jules Kelly” in Feature Film “Crowning Jules” also staring Kristy Swanson, Kevin Farley, Deezer D, and Kenton Duty. The film follows Jules, a bright and sassy 17 year-old who desperately wants to leave her Midwestern family's alumni traditions behind, but to get to her once-in-a-lifetime Harvard admissions interview, Jules is forced to hitch a ride with her twin sister/nemesis, Madison, who is headed to a beauty pageant.

In March 2016 she and booked guest-starring roles on the ABC hit sitcom "The Middle."

Jacqueline participates in acting lessons with acting coaches from Chicago and Los Angeles, California and enjoys every aspect of the Entertainment Industry.

In addition to acting, she and have been creating a blog of their own, "Celebrate Each Day," which focuses on being grateful for each and every day whether it be celebrating a traditional or non-traditional holiday. She has participated in voice lessons and through her school was a member of a leadership program, the theater department, choir, the schools television broadcasting station, and The National Honor Society.